The July monthly meeting was another hands on event, there were 4 lathes for use by members in attendance.

The main theme of this evening was “Off Centre Turning Methods”

A different approach to “Off Centre” Turning, came about from the Coventry UKIws show, to which some of our members attended, watching a demonstration by David Lowe who detailed the technique of putting a bead in place of the traditional square tenon on the bottom of the bowl, the bead then allowed the piece to be re positioned within the jaws of the chuck and off set within reason, without the need to have all the fancy off set jigs, once the piece was off set in the jaws the face was then trued up, decorated with colour, then the bowl section formed,  finally the bowl was completed with the addition of a small column pedestal foot  being  made and fitted over the original “Bead Tenon”

The technique was demonstrated on lathe 2 by Steve Hacket creating some good interaction by the watching members.

Roger Cheshire and Bob Mercer on Lathes 3 & 4 then had a go at the same method, in discussion with members going through the process step by step.  Roger using the same style as demonstrated by Steve , with Bob re visiting the technique and experimented with a slightly different approach to the bead method in discussion with members during the process.

Wolfgang demonstrated on lathe 1, off centre spindle turning, on how to make a club foot leg, using another style of off centre method to create the project. Due to time constraints he could not quite finish the whole project before the end of the evening but he clearly demonstrated to watching members the technique, for them to have a go at in their own workshops.

Again another very full evening that just flashed by fully enjoyed by all present…..

Here are some pictures from the evening 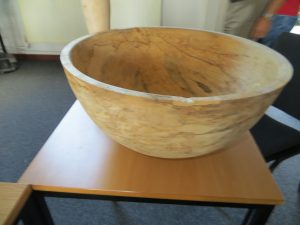 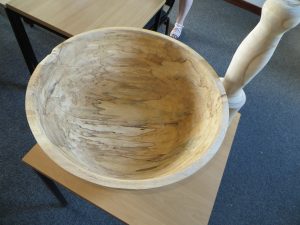 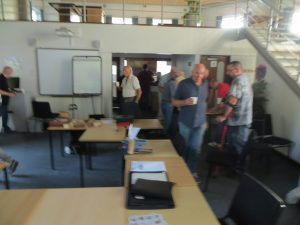 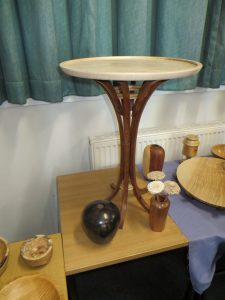 Superb table made by Wolfgang